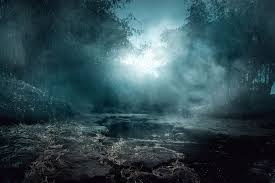 Author of many genres, reader.

About the author
My books

Everything in Centerpoint was pretty dull…until EVIL found it!

Sheriff Jeylend Folks used to have an easy beat. He was back in the small town he grew up in, had a lovely wife and a faithful dog. He couldn’t be happier.

Now things are spiralling out of control, and he is way out of his comfort zone! A sudden and shocking rise in accidents has swept the town, and no one is immune. From broken cups to broken bones, it is only a matter of time before someone gets killed.

What is causing all this? Who is the mysterious salesman who arrived just before everything went wrong? Why did old Mr Jenson suddenly reappear after living behind closed doors for over fifteen years?

Slacker Sam Pepper knows the truth, but there are two problems with this 1. No one would ever believe him and 2. He’d have to admit it was all his fault, both of which keep him silent.

With some using the situation for their own gain, some controlled by it and others doing their best to figure out the mystery, it all comes down to the good in people versus the evil in others.

‘Near Miss’ is the First book in the ‘Evil Rising’ Series of Supernatural Suspense novels set in the town of Centerpoint.

If you die in a nightmare, you die in real life — that used to be a myth!

If you liked ‘A Quiet Place,’ ‘The Silence’ or ‘Birdbox’ you’ll love this Speculative Horror from E.P Douglas

“The mist will fall and the keening heard, when the Banshee calls none shall be spared.“

Can anyone do anything to stop the impending doom, and silence the Keening once and for all?

A Serial Killer from her past; an FBI Agent with a personal agenda, and an Investigative Journalist determined to get the story at any cost.

Get this book for free!

Sign up for my newsletter and get ‘Rise of the Dolocher’ for free.